An orphan block that is...

Once upon a time I put this block together intending, I think, to continue adding blocks to it until I had a scrappy rail fence quilt.  The flaw in this plan being that I've never been known to handle scrappy well (although I am trying to expand out of my comfort zone - slowly).

After months of not finding anything in my stash or my scrap bin that I wanted to expand this block with, followed by months and months of leaving the poor block sitting in a dark corner of my UFO bag, I decided it was time to pull it out and do something with it!

I thought it would probably make a decent pillow, but the block didn't really seem to stand on it's own.  I felt a rail fence pinwheel would probably be better as an independent block.

When I took the center seams apart, the rail blocks were about 6.5 inches wide by an assortment of sizes long.  I'm not sure why I thought that was a good idea, so I started by trimming the blocks down into squares.  (Much better!)  Then I rotated them around and tried again.

So here it is: one 12.5 inch block ready for some experimental machine quilting and life as a pillow!

A Difference of Opinion 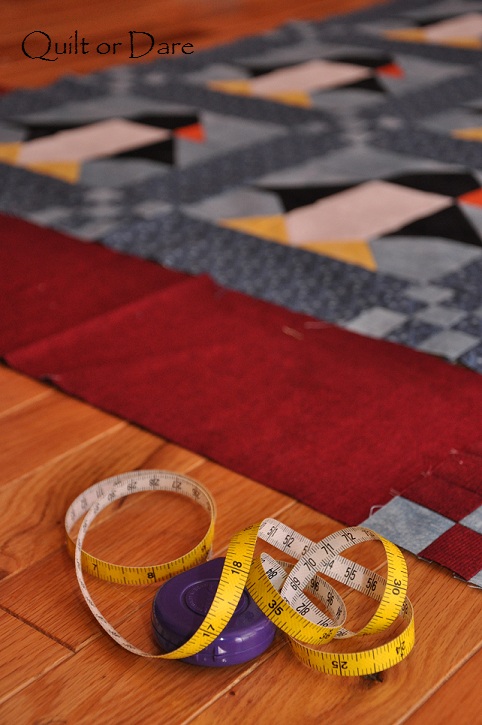 My penguin quilt and I are of differing minds on a very important subject.  I believe it should go together easily and lay flat.  My penguins appear to disagree.  (Silly penguins...)

Since we have been unable to resolve our differences, we have decided to take some time apart.

In the end it's likely I'll accept that it's not so bad.  But right now it's going to take a short vacation where the seam ripper can't get to it.  I'm sure some of my other projects would appreciate some attention anyway!


Linking up with WiP Wednesday.
8 comments:

I've made so much progress these last few days.  All the penguins and the 3 inch nine patches are done.  Sashing and border pieces are all cut and ready to go.  My penguin quilt is all laid out and waiting for the final approach! 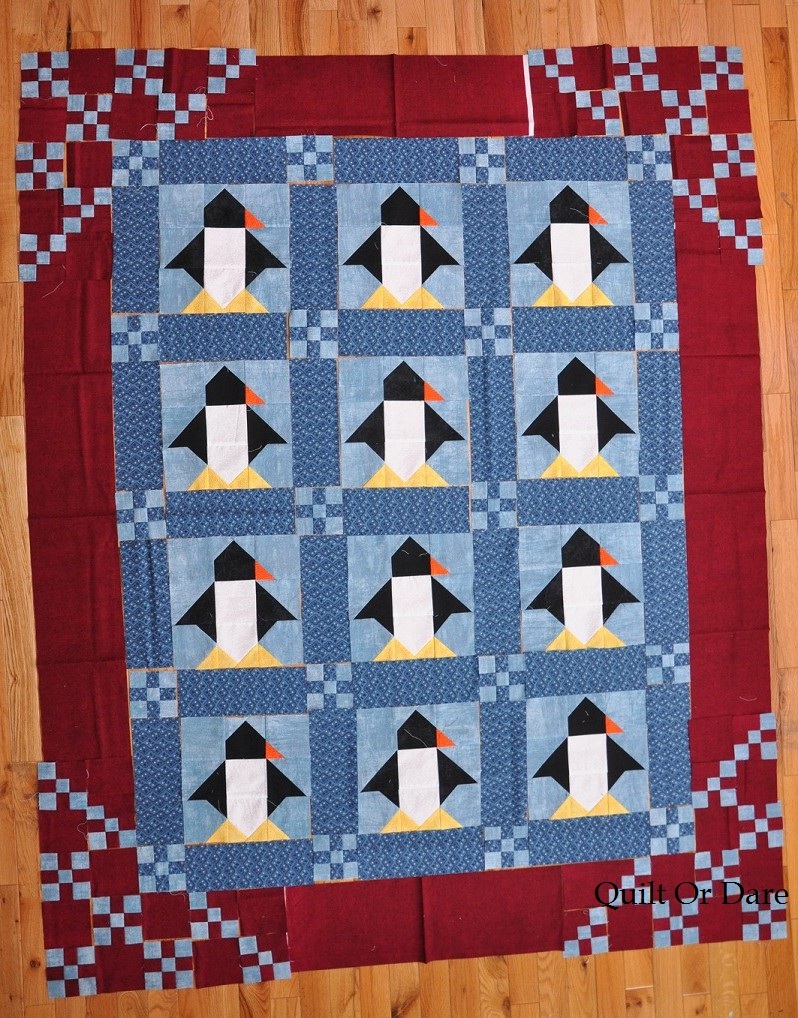 I assembled the nine patches using strip piecing, and for some reason I was having a dickens of a time sewing the light blue fabric correctly.  Every time I turned around I had a blue strip wrong side up!  The first mistake I noticed early; everything was still strips.  So I took out my trusty seam ripper, and removed a blue strip.  Then I stepped back to look at what I had...  and I still had a strip wrong side up!  Oh no, I had taken off the wrong one!

But despite a few mishaps, it's coming together.  I'm so excited.


Linking up to Design Wall Monday and WiP Wednesday.
6 comments:

That brings me up to a total of eight penguins.  Four more to go! 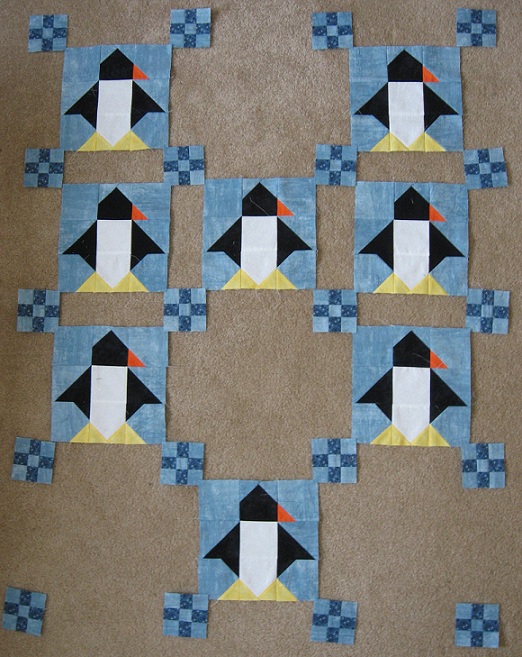 In other news, I broke down and ordered myself a fat quarter bundle of Moda's Salt Air fabric from craftconnoisseur on Etsy.  It should get here this week.  What I need to do is put it on a shelf and forget about it for a few months while I take care of some project backlog.  That sounds likely, right?

Linking up with Design Wall Monday and WiP Wednesday.
6 comments: