I started something new over the holidays.  There is a young lady in my family who can use all the love and good wishes she can get right now.  To me that means she needs a quilt, ASAP! 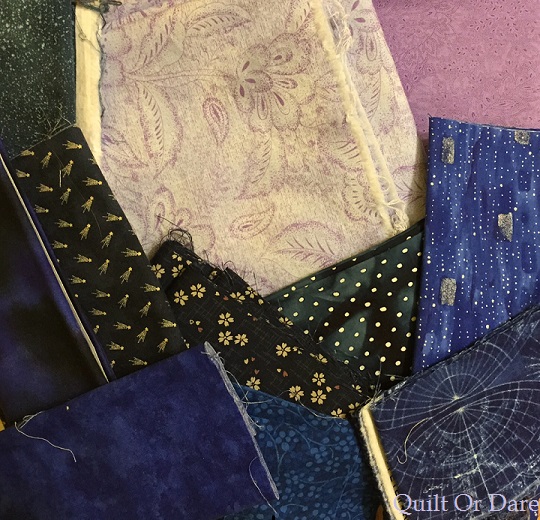 I chose Cindy Carter's scrappy four patch hearts pattern before I even got back to my sewing room.  What better way to send health and happiness than with a quilt full of hearts?

Her favorite colors are blue and purple so I started pulling those fabrics from my stash the moment I got home.  There was a little of this and a little of that, but I managed to find nine dark blues that went together well.  I was shy on purple, so I still had to visit the fabric store. (Oh calamity!)

I thought the quilt would be scrappy enough with all of the blues chosen for the hearts, so the plan was to find a single purple for the background.  My selection of blues had other ideas...

And now the fabric is washed, pressed, and ready to cut.  So off I go!

An Experiment in Binding 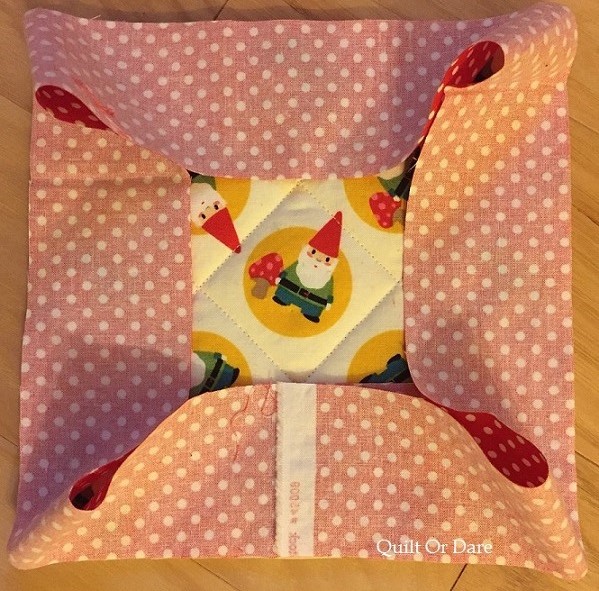 After having such trouble with the binding on the card trick potholders I decided to try and find another way.  I had attempted to join the ends the same way I would on a quilt, after it was partially attached, and there just wasn't enough play along the short little sides.

My first thought was to cut the back large and roll it over the same way I do on baby quilts.  Then I promptly cut the pieces too small and had to come up with a new plan.

I found a tutorial to make the binding into a loop with a straight join before attaching it to the potholder, and I thought I might be able to adapt that method to use an angled join.

First I cut a strip of fabric at 2.25 inches.  I lined it up on the potholder to determine where my ends would wind up.  These potholders were a little smaller than the last, so one strip fit just fine.  Then I cut the ends so there was a 2.25 inch overlap. 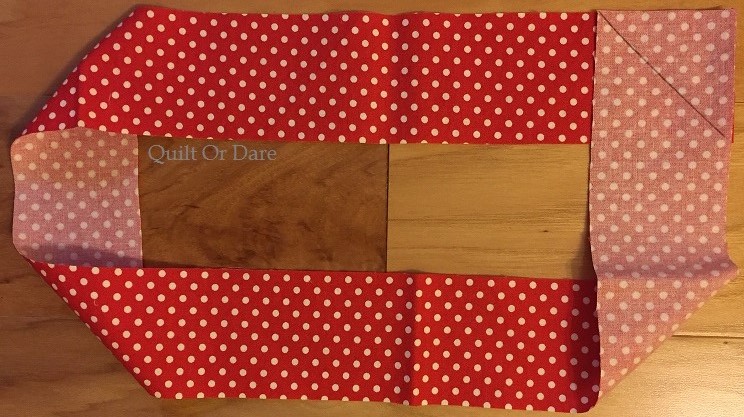 I lined up the corners and drew a diagonal from one edge to the other.  I sewed on this line, trimmed the excess triangles off, and then ironed the loop in half.

Then I pinned the loop of binding down to the front of the potholder.  It was a little on the large side, so I might make it a very little bit smaller next time.  It wasn't too big that I couldn't make it work by easing it in a little as I went though. 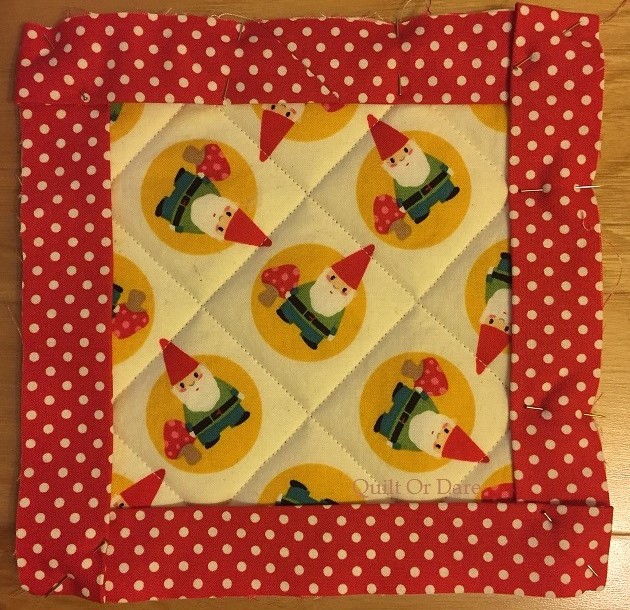 The moment of truth!  The corners seemed a little more determined to give me trouble with the mitering, but it's pinned down now and ready for a little hand sewing tonight!  Just in time, because these will start their journey on Wednesday!  Phew! 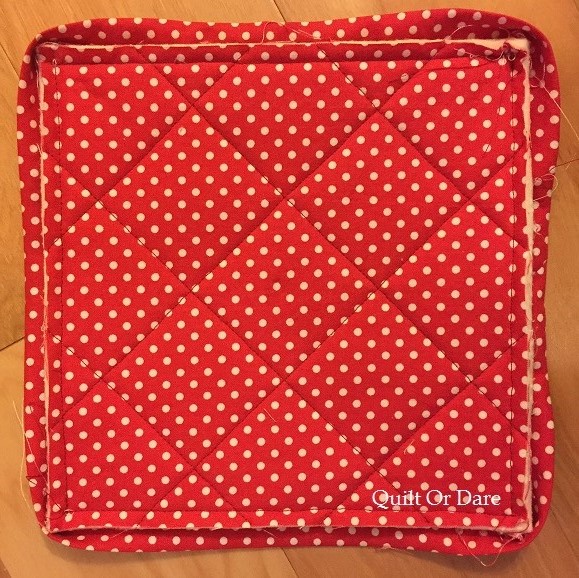 Linking up with MOP Monday.
4 comments:

My card tricks are all finished!  Hip hip hooray!


They finished at eight inches square and were constructed with two layers of cotton batting.

I think they turned out fairly well.  More practice is needed for sure, but not too shabby for a first attempt!

In other first attempt news, one of the local quilt stores had a class on using a Nolting long arm machine this weekend.  I think I liked it better than quilting on my little machine.  I found she was certainly more intuitive for free-motion!

The store owner had 15(!) quilts still to finish before Christmas, so it may take a while to get some more practice in, but I'm already planning to come back in the new year to try again!

Both of my card trick blocks have been assembled and quilted.  There has been a lot of learning happening during the process, but all's well if it ends well!


This was my first time quilting using a walking foot and, though this wasn't the simplest first piece I could have tried, I think I'm starting to get the hang of it.  However, I do need to look into why my machine has taken to skipping stitches.

The first potholder went through a lot of stitching and un-stitching (and possibly some yelling...) on the way towards getting the ends of the binding joined, but the second one went a bit smoother.  Hopefully the next set will be even easier still!

All that's left is a bit of hand stitching to finish off the binding!


I also picked up my Woodland Sampler again.  This cross-stitch fell off of the to-do list back in May.  I stitched the May box in July, and over Thanksgiving a gnome took up residence there!  I'd like to finish half the year before 2015 rolls around...  Only one more small square to go!