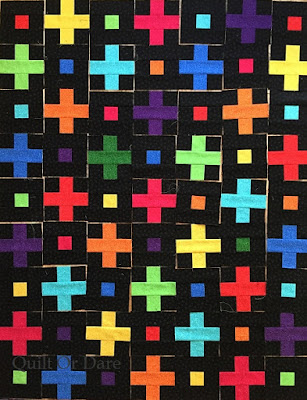 With my big Celtic block out of the way, my design wall is full of small blocks for my plus quilt again.  I have enough blocks to make the pattern as written now, but I was hoping to make it a little larger.  I like throw quilts you can get all tangled up in!


I had been thinking that I might just make another set of blocks, and grow the quilt that way.  But now that it is all laid out, more blocks seem like they might be overwhelming.  I'll leave these up for a bit and see if they have anything to say.  Maybe I can sneak in a couple of pieced borders!

Linking up with Let's Bee Social.

Email ThisBlogThis!Share to TwitterShare to FacebookShare to Pinterest
Labels: quilting

Nine Knots... Plus One


At the end of September I finished this Celtic knot quilt top and was trying to decide what to do for the back.  My original thought had been to make one large quilt block, but I didn't have enough fabric to make that happen.

Back at the drawing board, I considered what I could design with the fabric remaining and wasn't able to come up with anything that really worked for me.  I briefly considered going with a wide back but figured if I was going to buy fabric, I should get the additional dark fabric to make the large block I had originally wanted.

So now, one and a half yards of dark fabric later, I have nine knots for the front and one for the back!

Now all I need is a quilt plan and I'll be in good shape to have it done before Christmas! I had been thinking that the front might look good with some stitching in the ditch around the knots and ghost patterns in the dark diamonds but, now that it's a reversible quilt, I'm having second thoughts.  I'll have to think on it a bit and see if anything pops up!

Email ThisBlogThis!Share to TwitterShare to FacebookShare to Pinterest
Labels: quilting

My rainbow batik top is finished! Now I just have to figure out what to call it.  Rainbow Trails perhaps? 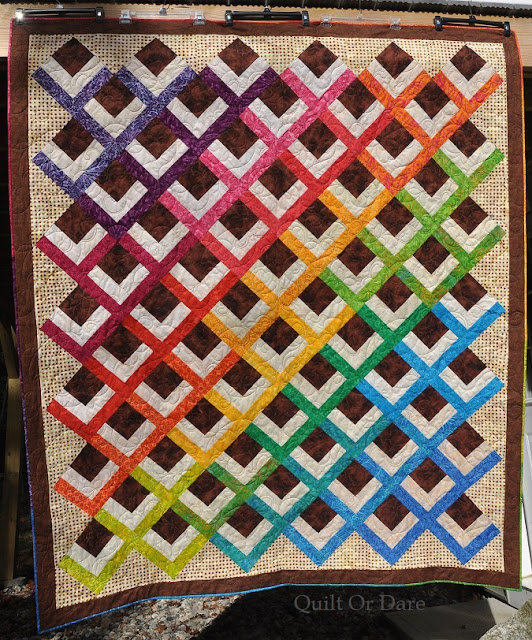 I had originally planned on using a wide back but when I found this batik it was meant to be - despite needing a seam.  It reminds me of fall leaves! 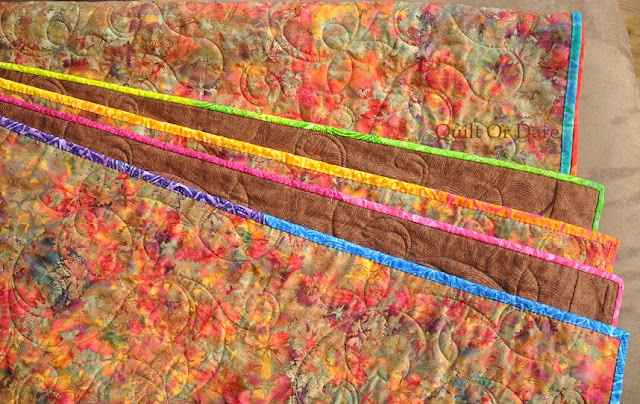 This was my first time using a scrappy binding.  Picking a binding thread to go with all the different fabrics was hard, but I think it came out pretty well.  I may have to see about stitching up my old binding odds and ends that are laying around!

Linking up with Finish it up and Fabric Frenzy Fridays.
6 comments: